Day of Travel and Coming Together. The CSE90 travelled from every corner of the US and Canada to see their dear friends again. Largest get together after thirty-three years. Few have not seen each other since college, most for many years. The members arrived throughout the day. Mood was ecstatic, hugs were bear like, smiles were omnipresent.

Our dear friend, Mannan had opened his house for everyone to get together and personally prepared a feast of Hyderabadi Mutton Dum Biryani, Beef and Chicken Seekh Kabobs, Bagara Baigan, Dahi Chutney, Falooda and Aab Shola. It was an evening that will be cherished for a very long time by everyone.

8 batchmates sitting in 1 room, pulled up their socks and decided to gather the class of MJ97 to meet and reignite the bond that linked us all. Time to start, plan & organize the reunion. After much deliberation, it was decided to select Detroit, Michigan as the place to execute this reunion as majority of us live in this area.

As the African proverb goes “For tomorrow belongs to the people who prepare for today”, the seven batchmates along with their respective spouses formed the organizing committee and started the planning for the 25year reunion of the MJ97 batchmates.

The reunion event was kicked off by creating a WhatsApp group ‘MJ97 Reunion’ to bring the batchmates together. As friends start joining the group, they in turn added more batchmates they knew and in a matter of couple of weeks we had +130 batchmates connected.

12 weeks later (from August 6th gathering) – the Reunion event happened on 29th October 2022 with 44 batchmates representing all 5 faculties attended with their families, a total guest count of +100. The main event was followed by next day with an unstructured get together with batchmates over middle eastern food for brunch. Highlight of the afternoon was batchmates wearing the specially designed event specific t-shirts.

Everyone who attend the event left with a feeling of wanting more and a trip to nostalgia that never felt so good.

In all we had 2 batchmates who flew in from Hyderabad, India – 3 who drove from Canada and about 30 batchmates flew or drove from across 10 states of US (OH, IL, MO, PA, DE, NJ, GA, WV, TX, CA). Inspired by the enthusiasm in the group and seeing pictures of batchmates landing in Detroit, we had about 6 additional batchmates, despite their family & work commitments, flew in and drove on the day of the event.

Below are the batchmates who joined us at Farmington Hills, Michigan on 29th October 2022, for the 1993-97 batch 25-year anniversary reunion.

Planning and Host families for the Event: 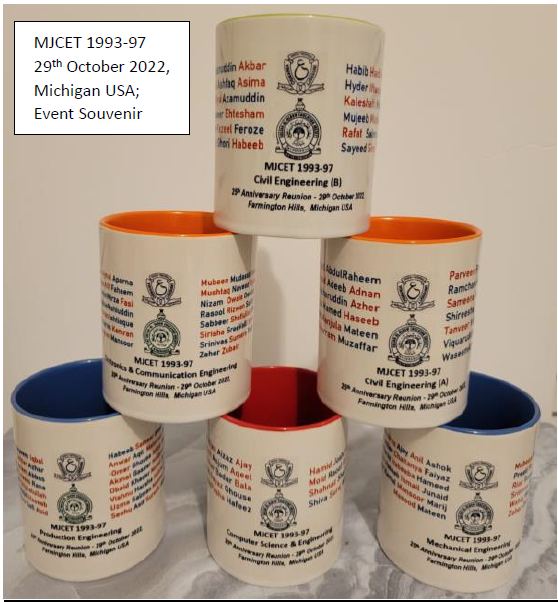 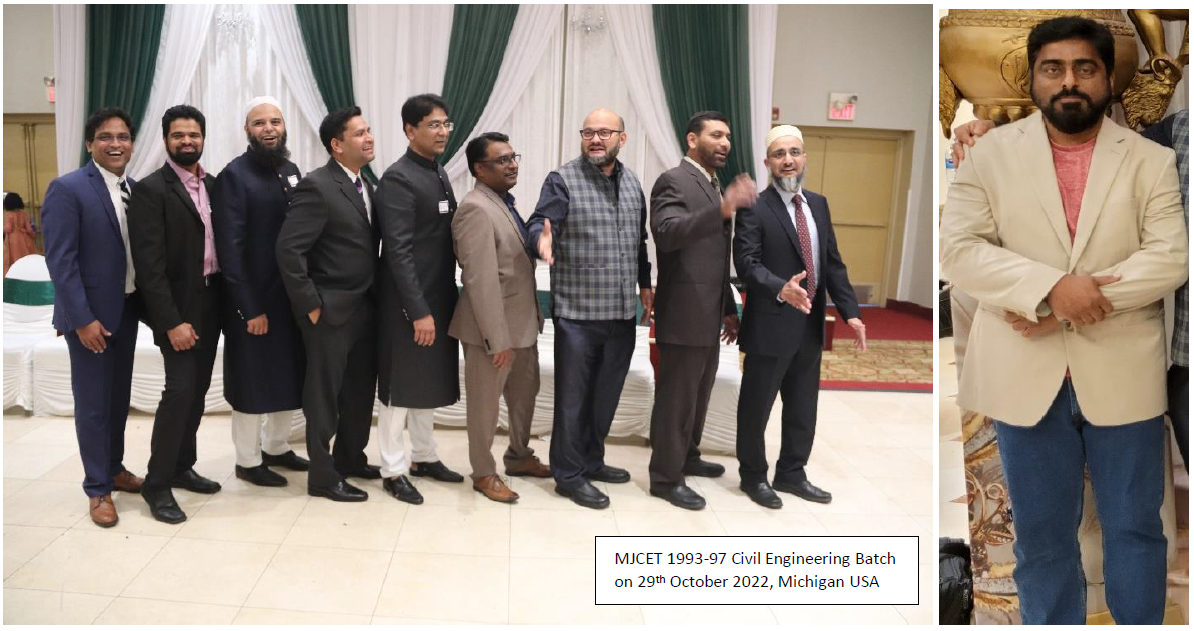 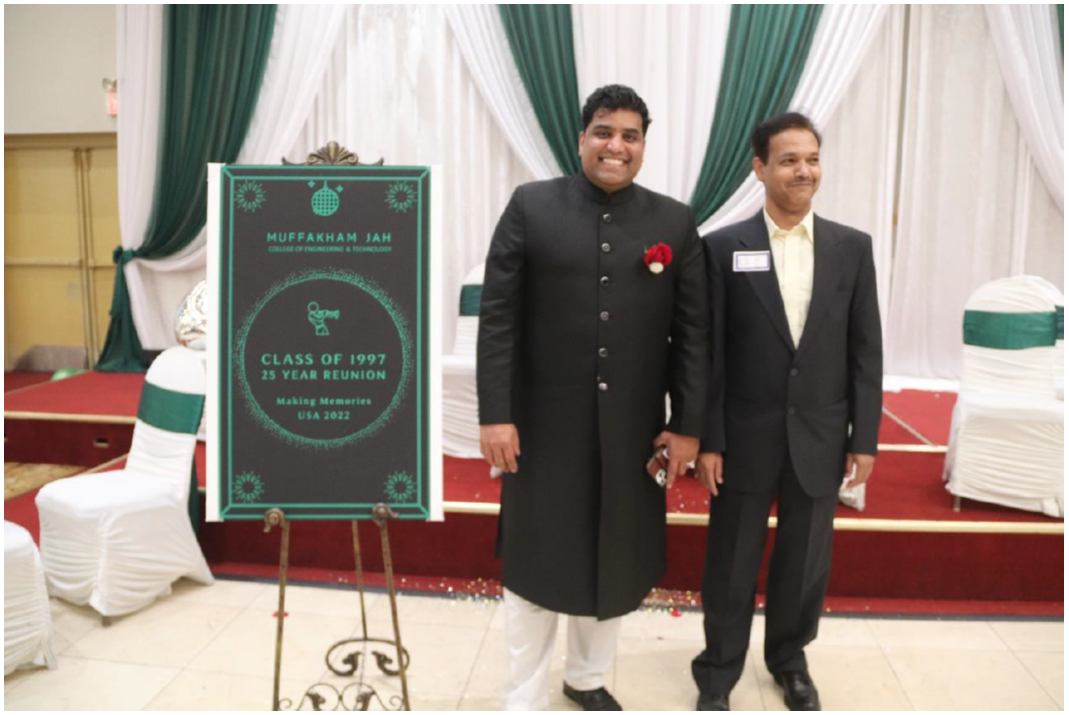 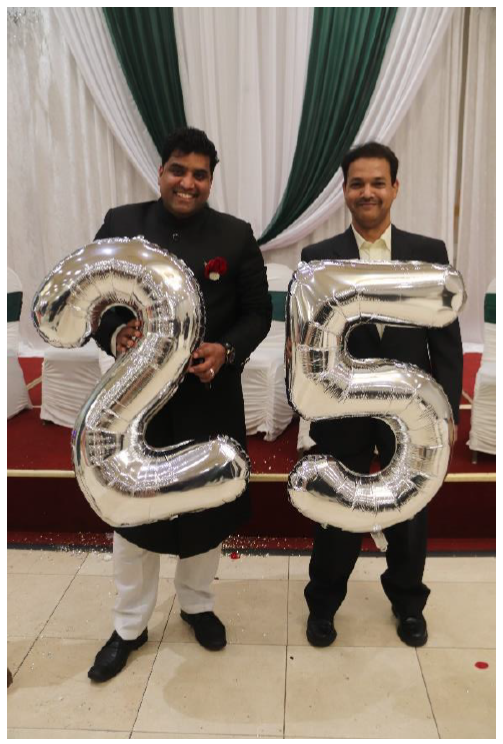 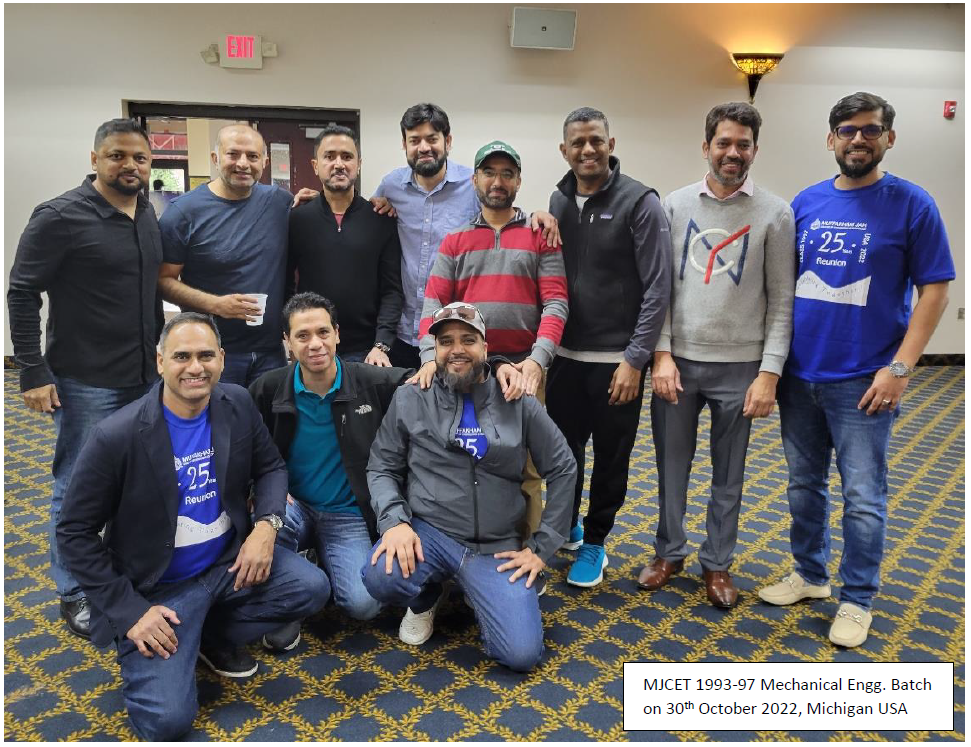